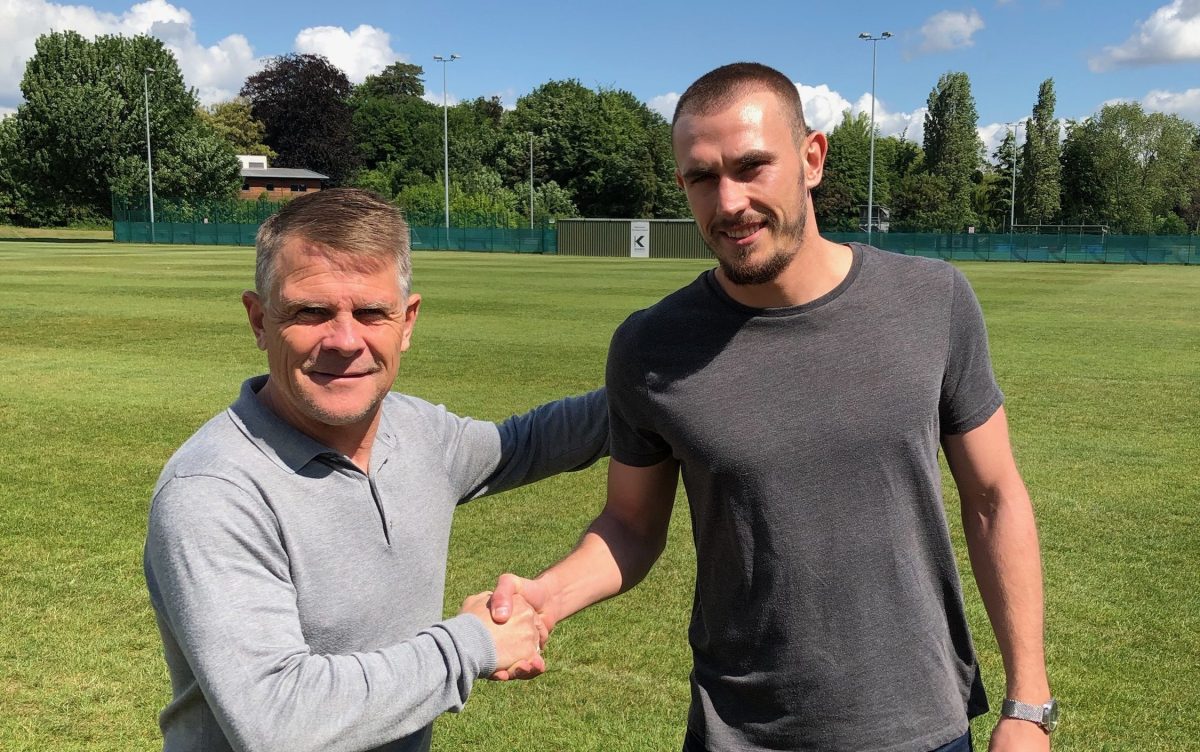 Boss Andy Hessenthaler has added to his defensive options by signing Will de Havilland.

The 24-year-old centre-back joins on a two-year deal from July 1st.

De Havilland made 42 National League and two FA Cup appearances for Maidstone United last season and was acting captain in 16 of those games.

He joined the Stones on a two-year deal following his release by League Two Wycombe Wanderers last summer, but has a release clause following Maidstone’s relegation.

De Havilland was on the books at Millwall and Sheffield Wednesday before joining Wycombe in the summer of 2016.

During his time with the Chairboys, De Havilland  spent time on loan at Aldershot Town and Maidstone before making the move to the Gallagher a permanent one.

Welcome to Crabble Will !!