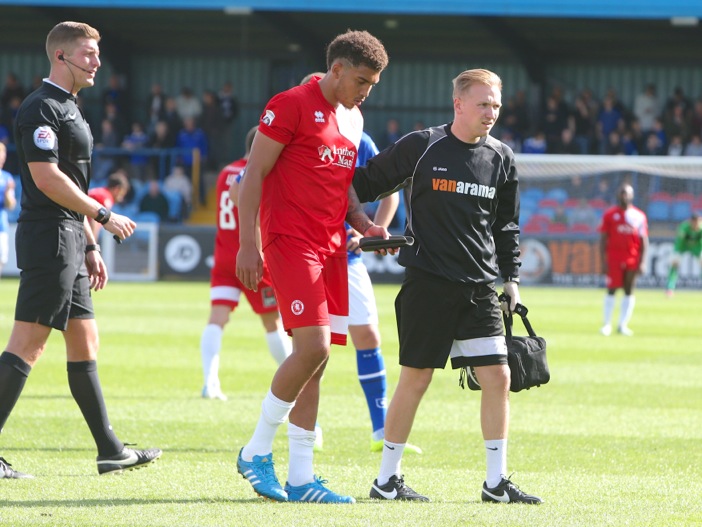 *BS*Dover Athletic are pleased to announce the appointment of Calum Green, formerly of Northampton Town, Luton Town and Welling United as first-team physiotherapist. In this interview, he details his experience in football, how he believes he can help the side – and more.*BF*

Green has now completed his first week with the club, and his appointment comes just weeks after former Welling United manager Loui Fazakerley joined Whites as a coach. Green, who owns a sports injury clinic in Brighton, said the link with Fazakerley was key in his appointment at Crabble: “I know Loui Fazakerley, having worked with him at Welling United. It was good to see him back in the game so quickly after leaving Welling.

“I knew that Dover were looking for somebody to come in and help with the physiotherapy side of things, and Loui put my name forward. Having spoken to Chris and Jake about what was on offer at Dover, it sounded very good and I am happy to be a part of it.”

Having played at youth team level for Colchester United, Green made the move onto the other side of the touchline and completed a Bachelor of Science degree in Sports Therapy, at the University of Bedfordshire. He is also an accredited member of The World Federation of Athletic Training & Therapy.

With spells at Northampton Town and Luton Town also on his CV, he explains the way of thinking behind his work: “A lot of what I, and other physiotherapists, try to do is about prevention. It is a lot better to focus on what could be causing an injury and be proactive, rather than just focusing on the cure.

“If we can stop an injury before it happens then that is better for everyone. As much as we focus on the prevention, injuries still happen – but then my role is about educating the players with regards to their recovery, and helping them rehabilitate quicker.”

The 23-year-old has hit the ground running, and is currently working with Aswad Thomas, Andy Rafferty and Jamie Grimes to help them overcome their current injuries – as well as arranging for every player to complete a medical history form, which will give an insight into why certain injuries are more prone to happen.

Green joins Whites at a vital part of the season, with the side well in the hunt for the Vanarama National League playoffs – and in the quarter-final stage of the FA Trophy. He said: “The boys are absolutely flying this season but it is going to be a very busy last few months for them, with plenty of games still to be played. The work that we do off the pitch will hopefully make sure they are in top condition for the rest of the season.”