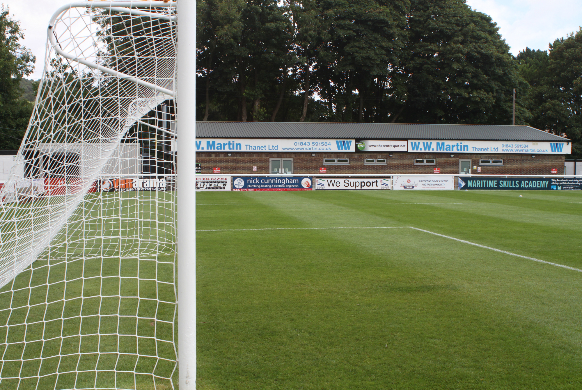 *BS*Dover Athletic are pleased to announce the signing of central defender Joe O’Cearuill. The 28-year-old has won two caps for the Republic of Ireland and signed his first professional contract for Premier League side Arsenal.*BF*

O’Cearuill signed youth contracts at Leyton Orient and Watford before being offered a professional deal with Arsenal, and played in the first ever match at the Emirates Stadium – Dennis Bergkamp’s testimonial against Ajax.

He was also named as a substitute for The Gunners’ League Cup tie against West Bromwich Albion in 2006.

The defender was loaned out to Brighton & Hove Albion in January 2007 and was then called up to Ireland’s squad for the end-of-season tour of America, making his senior debut as a substitute against Ecuador and then starting the following game against Bolivia.

He went on to play 15 times for Barnet and had a spell with St Patrick’s Athletic in Dublin before returning to England to play for a number of teams, including Forest Green Rovers and Bishops Stortford. Most recently, O’Cearuill has been playing for Heybridge Swifts but his move to Crabble underlines his desire to return to the professional game.

Before playing for Swits, O’Ceaurill joined Haringey Borough in August 2012 and played over 100 times for the club, and played virtually every game in their record breaking 2014 achievements when they won 38 of their 41 matches, conceding only 28 goals in the process.

We wish Joe a warm welcome to Crabble and hope he enjoys his time with the club.

The defender will wear the number 18 shirt at Dover.