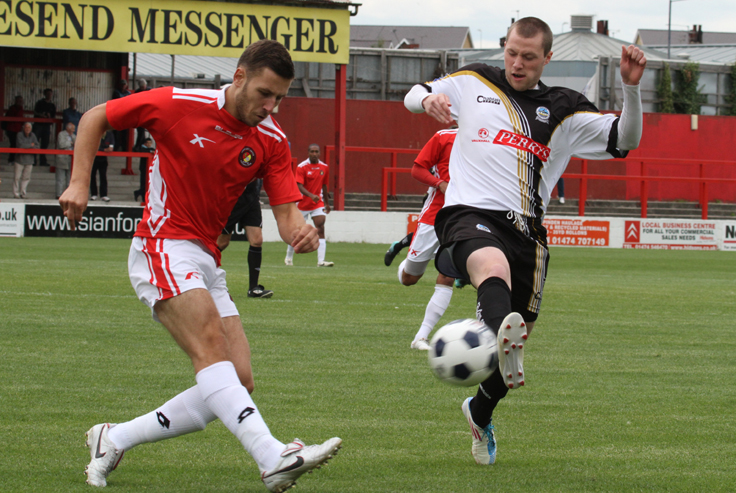 Oostende should bring not only a unique occasion and atmosphere to the game but also another test of Martin Hayes’ revamped squad.

The manager’s summer signings have injected a clear strength and combative edge to the team, plus their individual quality and experience of a higher level of football.

Leadership from the likes of former Rushden pair Michael Corcoran and Shane Huke has been a key ingredient in the early pre-season victories and solid performances. The first team squad have conceded just three goals in four games.

Liam Brady, Arsenal’s head of youth development, will bring a strong reserve side. Their squad is likely to include first team fringe players such as Henri Lansbury, Sanchez Watt, Chuks Aneke and Luke Freeman.

Arsenal reserves’ pre-season results so far are: 3-0 victory at Woking, 9-0 at Hastings, a 1-0 win at Stevenage and 7-1 vs Boreham Wood on Friday.

Please come to the ground early on Wednesday as we are expecting a bumper crowd.