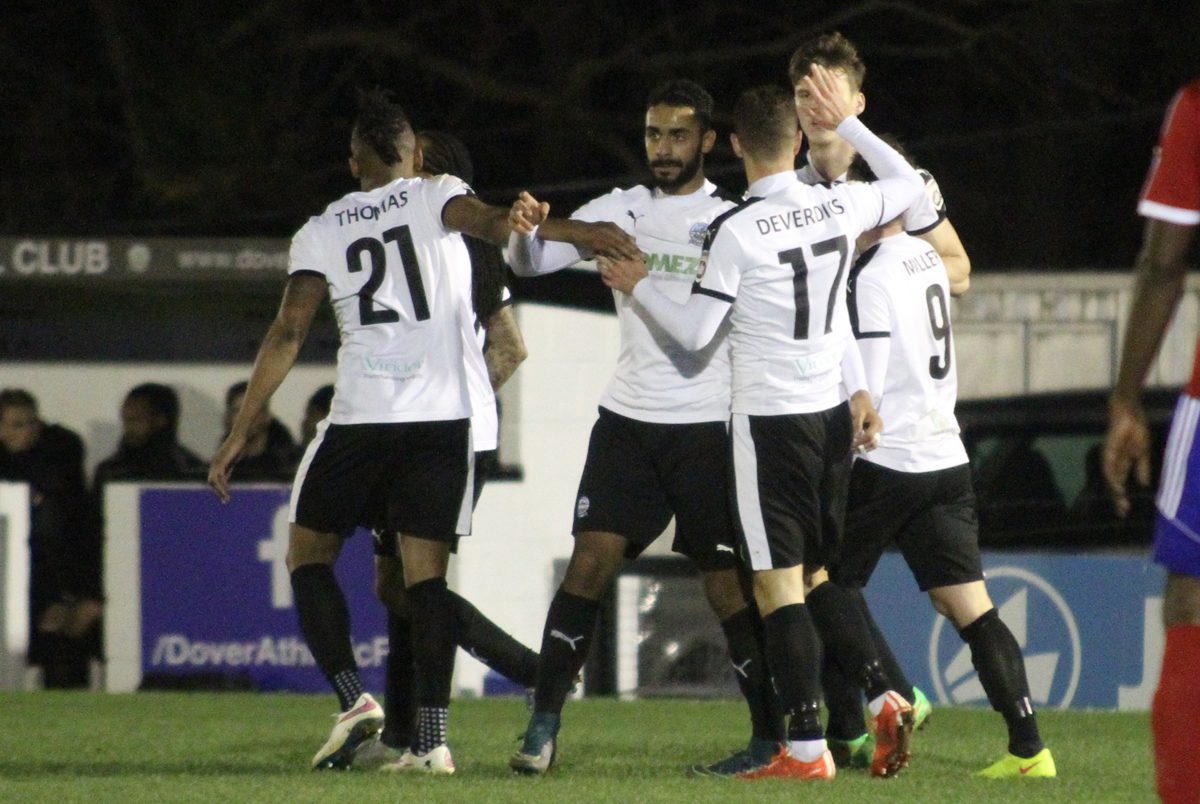 *BS*’Tis the season for sharing and giving and a few of the Dover squad have shared what they want Father Christmas to deliver.*BF*

Whether the man in the red suit does give them what they want remains to be seen.

Captain JAMIE GRIMES wants three things, not that the central defender is being greedy.

“I want three points, to score a goal and a clean sheet against Welling on Boxing Day – that would be perfect,” he said. Grimes’ fellow defender SAM MAGRI has his hopes set on getting a new lap-top.

Another of the defensive back line, left-back TYRONE STERLING, is keen to receive a MacBook Air and if he doesn’t, well.

Midfielder JACK PARKINSON and goalkeeper ANDY RAFFERTY were also in jovial spirits. Parkinson was hoping Father Christmas was going to be kind to young defender SEAN RAGGETT. He said: “I hope Raggs gets some decent jumpers in his stocking to improve his poor collection – ho, ho, ho.

“Seriously though, I want us to get nine points over the festive period.”

Rafferty’s letter to Father Christmas was also full of humour at the expense of goalkeeping coach LEE HOOK.

“I just asked him (Father Christmas) if he could not deliver any more fake tanning cream for Hooky to put on his face, “ he laughed. As for Hook, well, tanning cream wasn’t on his list. “Aftershave will do me nicely – thanks Santa,” he said.

But what else are Whites’ players hoping to get?

CHRIS KINNEAR jnr says he’s been a good boy and hopes to be rewarded with a GoPro. Assistant manager JAKE LEBERL would be thrilled with nine points and a clean sheet.