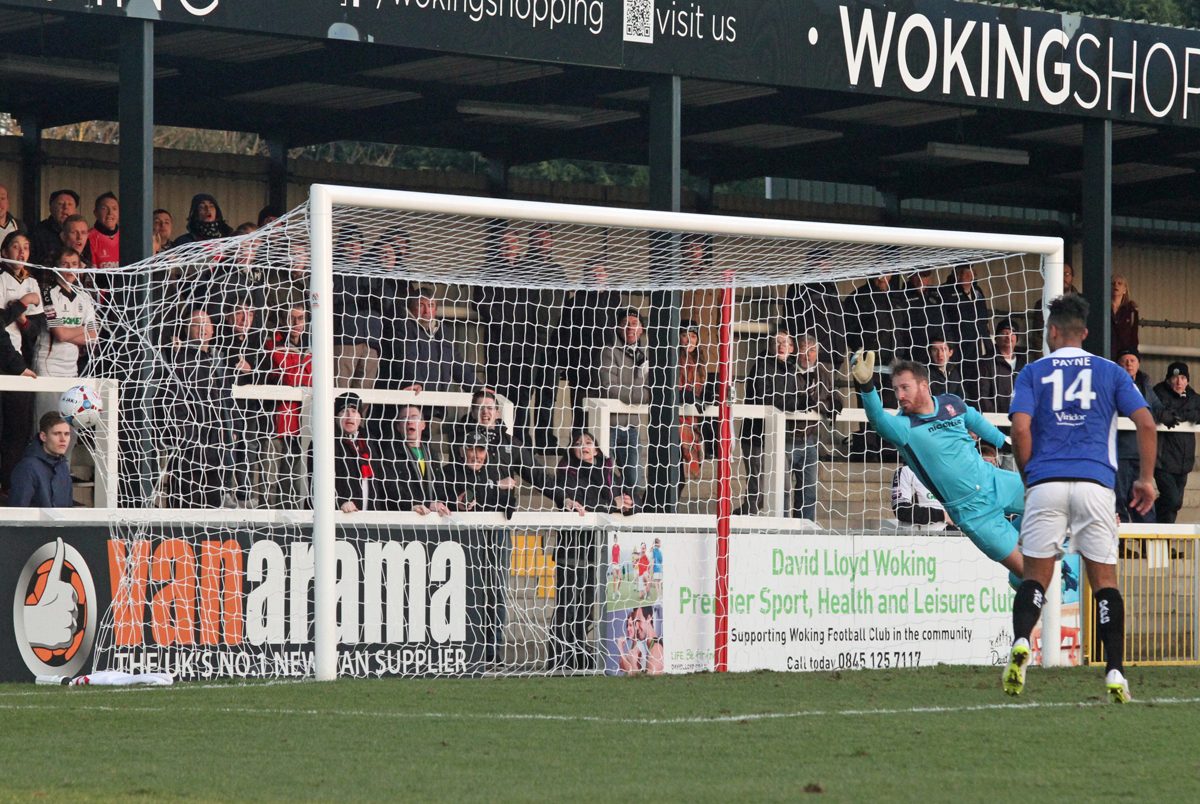 *BS*Dover Athletic conceded an injury time goal to Woking in the FA Trophy Third Round at Kingfield as they were made to settle for a draw and a replay at Crabble on Tuesday night.*BF*

In an entertaining tie in Surrey, Whites twice came from behind after goals from captain Connor Essam and Nicky Deverdics cancelled out goals from Chris Arthur and Scott Rendell respectively.

A spectacular goal from Stefan Payne put Dover ahead for the first time in the game but Rendell’s stoppage time goal secured Woking a replay at Crabble.

The winner of Tuesday night’s game will host Vanarama Conference South outfit Bath City in the quarter-finals, who defeated Altrincham 1-0 in the last 16.