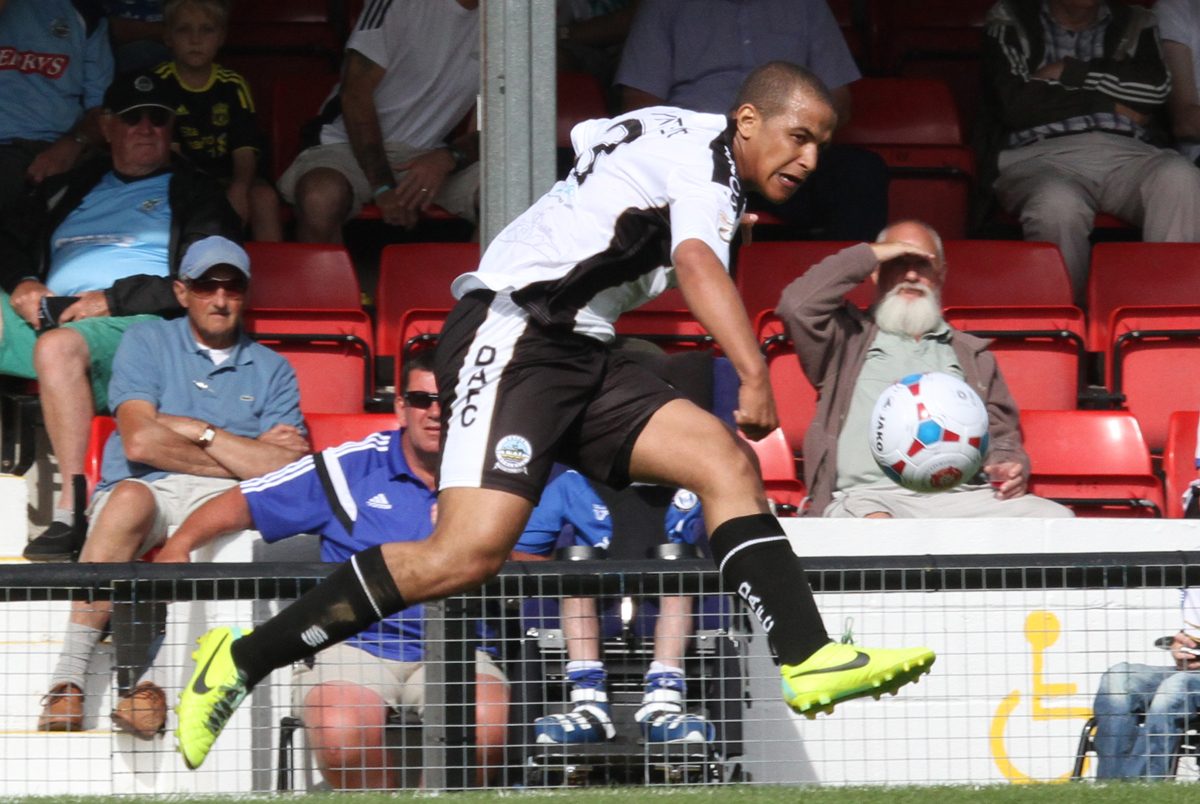 In spite of losing 5 goal hero Ricky Miller after parent club Luton recalled him from his loan spell, defender Tom Wynter is confident Whites have the quality to replace the player who had a massive impact in Dover’s recent upturn in form. ‘It is a big blow’ admitted Tom, ‘He was so sharp and was always desperate to score. He was a bit like Adam Birchall when he was here. But I think we will be ok as we have the personnel here like Elder, Reid and Modeste who are all chomping at the bit and just need some game time.’

Athletic played their first game without Miller away at Macclesfield on Saturday and narrowly lost to a second half goal with Wynter rueing an opportunity of missed points both home and away. ‘We should have beaten them at home and definitely got something out of the game on Saturday. Every point matters.’

He went on to say. ‘It was a nothing game with little between the two and it was some mistakes that led to their goal.’

After a spell on the sidelines, Wynter has put in some impressive performances since replacing Tyrone Sterling, who himself has succumbed to injury. ‘I have just come in and played my game and am just happy to be playing after training so hard to try and get back in. I still need to get match fit but I am finding it alright – Especially playing a Crabble at the moment, it is nice to be winning at home and pump up the crowd!’

There were various rumours as to why Dover’s longest serving player was out of the team, something that Tom was happy to clear up. ‘We are training three times and week and along with working 5 days a week, I was not getting enough time with my family and when I was with them I was knackered. It took a bit of time to sort out, but I am so grateful to Nick (Cunnigham) who has let me have Wednesdays off, which gives me a rest and lets me have quality time with my family. I am lucky he is a Dover fan!’*Q1*

Next up for Dover is a tricky cup tie against a familiar foe in Eastbourne Borough. ‘I like playing Eastbourne so I am looking forward to it and will be good to see Ian Simpemba. The cup means everything to us players as it gets us all noticed a bit more if we have a good run.’*Lpic1*