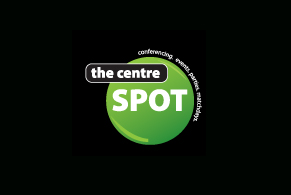 *BS*Have a day out at Crabble! You are invited to the end of season presentation evening after the Staines home game on Saturday, April 24.*BF*

Celebrate another exciting season for Dover Athletic with players, management and fellow supporters.

Start the afternoon in the Centre Spot with Manchester United vs Tottenham on the big screens at 12.45pm, then enjoy Whites’ final league game against potential play-off rivals Staines at 3pm.

Finally, the Centre Spot venue will host the club’s end of season awards and presentations. An opportunity for players and supporters to reflect on a superb season and enjoy the buzz of excitement at the club ahead of the play-offs.

Don’t miss the presentations and speeches. Find out who has been voted Supporters Player of the Year. And will Andy Hessenthaler *IS*literally*IF* hang up his boots?

The evening is a chance to chat and socialise with the players and management, as well as your friends and fellow Dovorians. Don’t miss it!

Club sponsor Perrys have played a key role in Whites’ recent success. Their regional director, Graham Knell, has pledged 20 replica shirts to supporters as a gesture of their continued support of the club. More details to come on this.

Dover Rangers Under 9s, sponsored by R.K.Graphics Limited, will be running out with the first-team. At half time they will show off their potential in front of the home crowd in a penalty competition.

Congratulations to the boys for their league title this season, a fantastic achievement. Get behind the kids, who with your encouragement can become Dover Athletic players of the future.

Whites will also unveil next season’s main sponsor and kit design during the day.