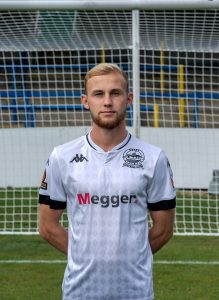 Two of his goals came in the 3-3 draw in the FA Cup fourth qualifying round tie at National League Eastleigh.

During his time at the Dover Academy, Paxman made one National League appearance, coming on as a second-half substitute in a 1-0 defeat against Forest Green Rovers at Crabble in April 2016.