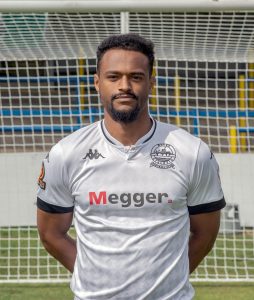 He made over 100 appearances in all competitions in three seasons with the Daggers, including 78 in the National League, before joining Aldershot ahead of the 20/21 season.