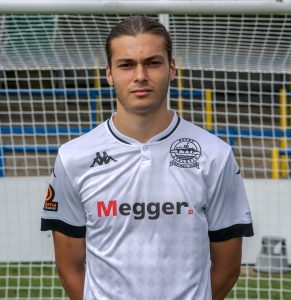 Academy forward who made his senior debut as a second-half substitute in the 1-1 National League draw with Kings Lynn Town at Crabble last April.

Signed his first professional contract with the club last May.