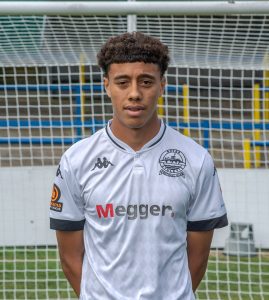 Teenage midfielder who put pen-to-paper on a professional deal with the club last April.

The Academy graduate made his senior debut as a second-half substitute in the FA Trophy defeat against Bromley at Crabble last December.

Made his National League debut at FC Halifax Town last March and went on to make a further 10 appearances.