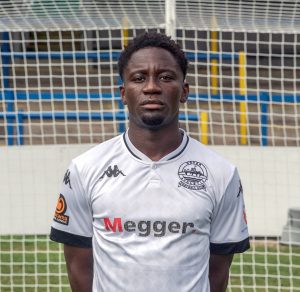 Winger who signed for Dover in July 2022.

He finished last season with a short stint at Folkestone Invicta, scoring five goals in 15 appearances, including a hat-trick against Potters Bar.

The former Bromley, Aldershot, Welling, and Dartford wideman initially joined Invicta on loan in January after making six starts and six substitute appearances for Dartford, a team he had three spells with, before making the move a permanent one.