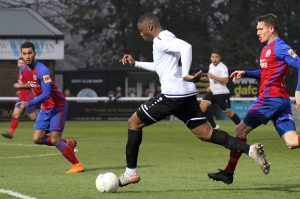 The 18-year-old, who can play can play both centre-back and left-back, has made two appearances for the O’s since signing his first professional contract in February 2019.

The Irishman made his debut for the O’s off the bench in the 1-0 FA Trophy win over Blyth Spartans last season.

He made his full debut against Southend United in the leasing.com Trophy last September and won the Man of the Match award in the 2-0 win at The Breyer Group Stadium.

Capped by Republic of Ireland at Under 18 and 19 level, Ogie, who also spent time on loan at Bishop’s Stortford last season, will wear the number 23 shirt.