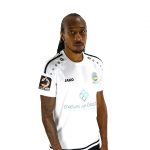 Winger Modeste is in his second spell with Whites having initially signed in May 2012 from Chelmsford City.

Having started in Chelmsford’s youth set-up in 2007, Ricky became the club’s Young Player of the Year in 2009 and was a regular in the first team from then on.

After signing for Dover, Modeste played a big role in the team’s promotion from the Skrill South, scoring twice in the play-off semi-final second leg win at Sutton United and setting up the winner in the final at Ebbsfleet.

The Grenada international joined Bostik Premier Billericay Town in the summer of 2017, winning the title in his first season, before leaving in December 2018 and rejoining Athletic later that same month. 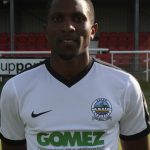